Learning the Secrets of the Music Industry 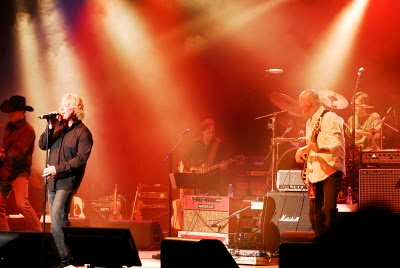 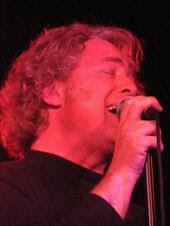 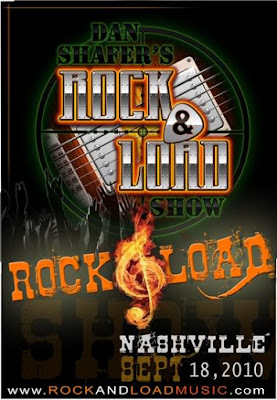 Until You Walk the Path, You Don’t Know Where it Goes will be hosting singer/song writer, Dan Shafer November 21, 2010 at its new time 7 pm eastern as he talks about his amazing career, the changes in the music industry and his new project “Rock and Load.”

Dan became lead vocalist for the group Mercenary on Portrait Records. Here he worked with Rusty Daddio of Ronnie James Dio and Richie Blackmore. Dan’s experience as a premier vocalist continued throughout the 1980s with stints as lead vocalist for the group Orphan on Polygram Records and singer/songwriter with the group Face the Music, working with Jerry Love at Paramount/Famous Music. Dan’s vocal talents soon began to be sought out for commercial work and in the early 1990s Dan’s list of successful commercial work began. This list includes Seagram Wine Cooler for HB&B, working with producer Cheryl Smith, Transformers (Robots in Disguise), Space Marines from Aliens III, and hundreds of television/radio commercials including Revlon, Pizza Hut, Tetley Tea, AT&T, Matchbox, and BC Powder. During this time Dan also started producing vocals, arranging and executing background vocals for a variety of producers and artists, also doing voice-over work for SEM&M in New York City.

In 1996 Dan’s career expanded. After relocating to Nashville, Tennessee he started producing, arranging and executing solo vocals including background vocals for Chuck Howard, Byron Gallimore, Stuart Harris, and John Berry. His roots as a vocalist still continued working with Bucket Colwell of Bad Company, singing with the group Public Witness and on a host of jingles for Coors Lite, BC Powder in Nashville, Chicago and New York City.

In 1998, Dan started a production/development company with the goal of helping artists and/or producers not only with tracks, but focusing on Vocal Production . Dan produced, arranged and wrote seven songs on the Salt record *Satisfied“. The single "Get Back" went to 13 R&R charts Dec 2001, and the single "Satisfied" went to 20.

Tune into http://www.blogtalkradio.com/theresachaze on November 21 at 7:00 pm eastern to learn more about the music industry from Dan Shafer. The phone lines and chat will be available for those who wish to participate. The phone number is (347) 324-3745. The interactive chat room is available on the show’s page.
Posted by Theresa Chaze at 12:31 PM No comments:

"Fire in the Night: Creative Essays from an Iraq War Vet 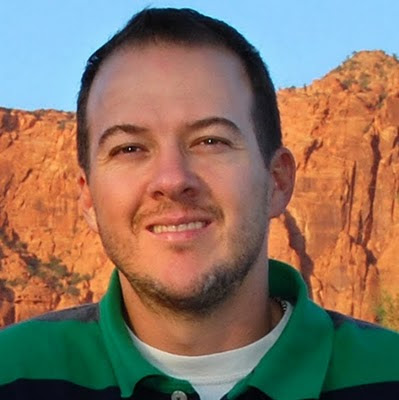 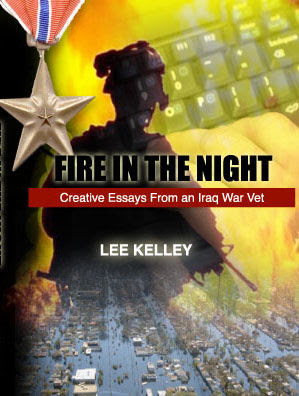 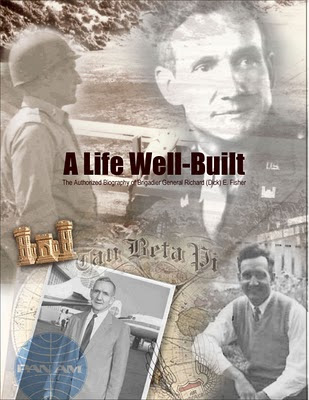 Until You Walk the Path, You Don’t Know Where it Goes will be hosting author and Army Veteran, Lee Kelly on November 14, 2010 at its new time 7 pm eastern.

A native of New Orleans, Lee Kelley is an award-winning author and ghostwriter. He owns and operates Desert Sun Writing, offering professional and creative writing services to clients around the world. Lee is also a former Army Captain and an Iraq war vet. He now resides in southern Utah, raising his two wonderful children and working on his first novel.

In his book, "Fire in the Night: Creative Essays from an Iraq War Vet”, won American Author's Association 2009 Golden Quill Award (military essay) and was the first runner up, Military Writer's Society of America (MWSA) 2009 Book of the Year Award (non-fiction). In addition, Kelly wrote he Authorized Biography of Brigadier General Richard (Dick) Fisher, which won honorable mention, MWSA Book of the Year Award (biography). His website is at www.desertsunwriting.com.


Tune into http://www.blogtalkradio.com/theresachaze on November 14 at 7:00 pm eastern to listen to Lee Kelly talk about his books, his life in and out of the military. The phone lines and chat will be available for those who wish to participate. The phone number is (347) 324-3745. The interactive chat room is available on the show’s page.
Posted by Theresa Chaze at 7:05 PM 1 comment:

When the Federal government was bailing out the banks, Northwestern sent out a letter, bragging that they didn’t need to be bailed out. Eventually, I was to learn that Northwestern Bank intended to bypass the government by imposing fees and penalties directly on their customers.

Fall of 2009, I had been out of work for over two years, but was still able to keep up with my mortgage payments Northwestern Bank until my unemployment ran out and fell behind. October 10 I started a part time job. At that time, I made arrangements with Northwestern bank to pay every two weeks until I caught up. At first, their representative tried to force a payment schedule that was impossible to keep. Eventually she agrees to the bi-weekly plan. I would be paying at least an extra 50.00 a month with an extra payment when three pay periods fell within one month.

The situation was made worse when the bank started charging me over draft fees for a check that I did not write and refused to cover. They were charging fees on fees. The overdraft balance, I only mention it because the bank representative verbally stated they were going to add them into my mortgage.

The banks representative continually changed her story on the loan late fees. It went from no late fees to partial to the full amount.

At the end of July, I called to check the status of my load. I was told that I as still two months behind. After 8 months of paying an extra 50.00 plus extra payments in April I was no closer to being caught up.

In August and September, I dropped my payment back down to 200.00. I was angry and frustrated. In October, I missed a payment. I was ill and missed a full week of work. On approximately October 7, a representative from the bank appeared at my door unannounced and uninvited to take pictures of my house for foreclosure. I ordered him off my property and called the bank. I was told that the Northwestern was going to foreclose. I was again 2 ½ months behind. Their new representative refused to tell me where the extra money I had been sending had gone. I asked for a written accounting of my payments. He agreed to send it the next day. It never arrived. Instead, I received a letter demanding immediate payment of 1,427.08. This amount is equal to seven house payments.

I had been paying by money order. When I was organizing the money order receipts, I realized the one receipt the bank sent was short. At the time I receive it, I hadn’t looked at it. It was a mistake on my part. I should have paid closer attention.

My last payment was returned. In spite of my efforts to meet my obligation, Northwestern Bank has decided to go forward with the foreclosure. I have filed a complaint with the State and have contacted a financial councilor. In addition, I have once again asked for an accounting of my payments. I was told it would be forthcoming.

The question must be asked--how many people have they done this too. Is Northwestern Bank really a lending institution or are they a loan shark.
Posted by Theresa Chaze at 4:05 PM No comments:

How to Find True Solutions to Natural Healing and total Wellness 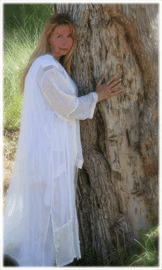 Until You Walk the Path, You Don’t Know Where it Goes will be hosting author and guide to spiritual healing Sheila Z. Stirling Ph.D on November 7, 2010 at its new time 7 pm eastern.

Sheila is a walking inspiration to all . Her sharing and loving energy and open wisdom inspires not only her clients but all who come near to feel their own divinity and connection with their spiritual source. Bringing out the greatness in others through her inspirational and transformational workshops, sacred ceremonies, meditations, talks, classes and sharing of her channels and tools for your greatest life now has brought a deeper and profound healing and so wellness for so many beings worldwide.

Sheila Z is an International Inspirational Speaker and catalyst for wellness and success. Author of Books and music on joyous living. A true visionary of our time. She was hand chosen by Al Gore for the Climate Project and Sheila is an expert on “Intentional Wellness” and energy healing.

She is a professional intuitive and works with people to understand the underlying causes of problems in their life. Increasing energy, joy and effectiveness in your life. To learn more about Sheila before the show and to read excerpts of her book, “Love and Illusion”, go to her site at http://truelife-solutions.com/

Tune into http://www.blogtalkradio.com/theresachaze on November 7 at 7:00 pm eastern to learn true solutions to natural healing and total wellness from author and spiritual healer Sheila Z. Sterling Ph.D. The phone lines and chat will be available for those who wish to participate. The phone number is (347) 324-3745. The interactive chat room is available on the show’s page.
Posted by Theresa Chaze at 7:59 PM No comments:

"Another nation is made out to be utterly depraved and fiendish,while one's own nation stands for everything that is good and noble. Every action of the enemy is judged by one standard--every action of oneself by another.
Even good deeds by the enemy are considered a sign of particular devilishness, meant to deceive us and the world, while our bad deeds are necessary and justified by our noble goals,which they serve."
Eric Fromm
U.S. psychologist, academic, author
Posted by Theresa Chaze at 7:22 PM No comments: