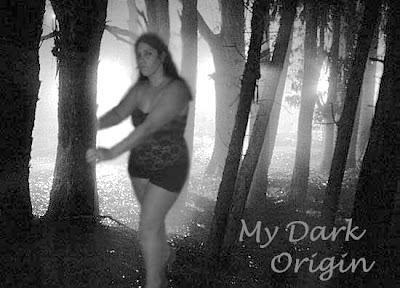 My Dark Origin announces the upcoming release of its debut album titled, “Look Into Me.” The band anticipates a late February of 2012 release of original work and a licensed cover of Level 42's, “Something About You.”

Being influenced by Foreigner, Journey, and Foo Fighters . My Dark Origin is a pop/rock band who has created a sound which is uniquely its own.. Originally created. in November 2008 in Warwick, RI, My Dark Origins was the creative outlet for five friends majoring in music. Although the original members had the idea of My Dark Origin, it was reborn through the efforts of the original member Theresa Campanile. The cover of Level 42’s 1986 hit “Something About You“. will be the main track in their premiere release, “Look into Me.”

Classically trained, Campanile is the mistress of the keyboards, synthesizers, and vocals. As a seasoned pianist, Campanile has been both classically and jazz trained.

In 1996, Campanile was the keyboardist for a alternative rock band named. The Wild Black Spidermonkies. When the band disbanded, Campanile stepped back from the industry to focusing her own sound and to raise her children.

In early 2010, Campanile decided to move forward as an independent artist working under her own label, Monsters Under My Bed Publishing. Staying true to her influences of Journey, Foreigner and Toto, Campanile began to write newhttp://www.blogger.com/img/blank.gif songs that would become the album, “Look Into Me”..http://www.blogger.com/img/blank.gif

Dark Origin is actively looking for permanent members for their national tour, which will be launched Spring of 2012.http://www.blogger.com/img/blank.gif